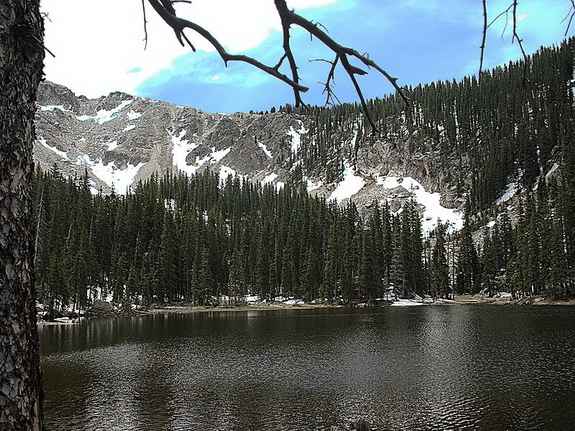 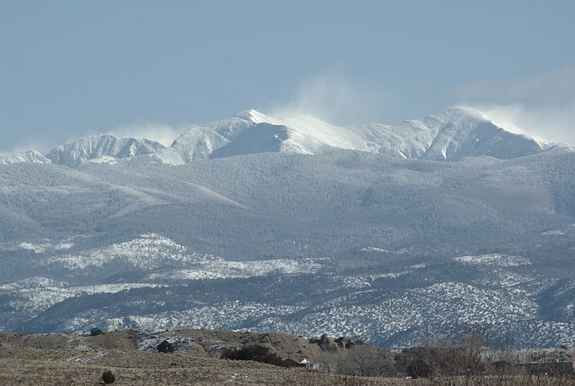 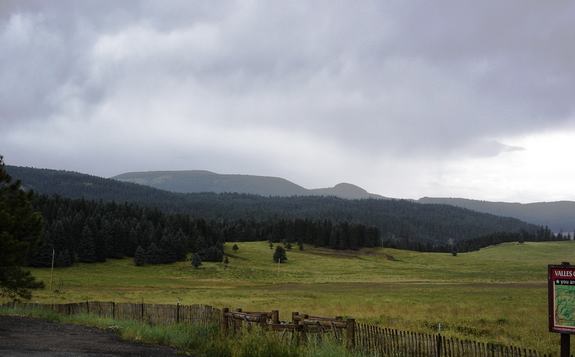 The Santa Fe National Forest is a protected national forest in northern New Mexico in the Southwestern United States. It was established in 1915 and covers 1,558,452 acres (6,306.83 km2). Elevations range from 5,300 feet (1600 m) to 13,103 feet (4000 m) at the summit of Truchas Peak, located within the Pecos Wilderness. The Jemez, Coyote, and Cuba districts are located in the Jemez Mountains; the Pecos/Las Vegas district is located in the Sangre de Cristo Mountains; and the Española district is located in both mountain ranges. In descending order of land area the forest lies in parts of Rio Arriba, San Miguel, Sandoval, Santa Fe, Mora, and Los Alamos counties. Forest headquarters are located in the city of Santa Fe. 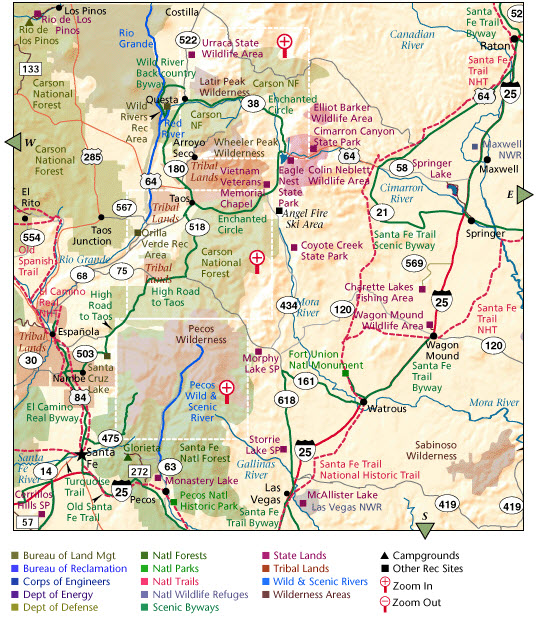 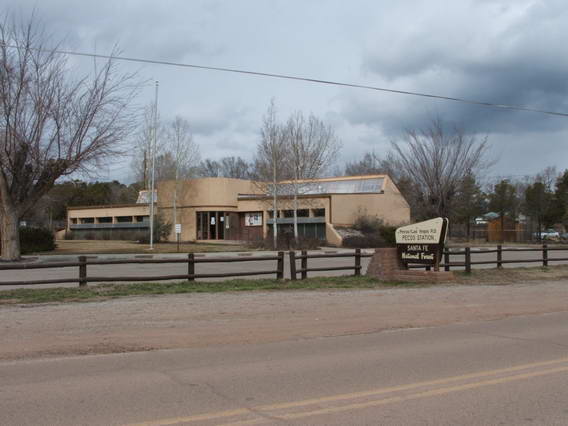 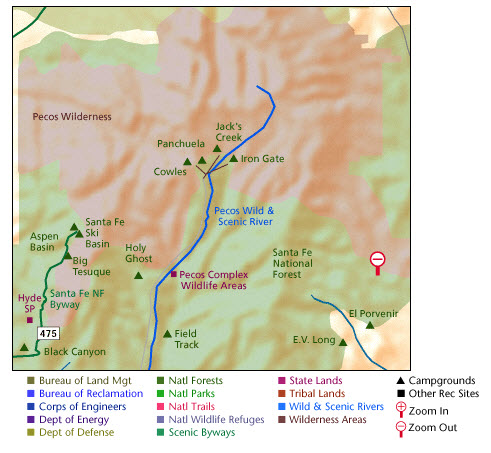